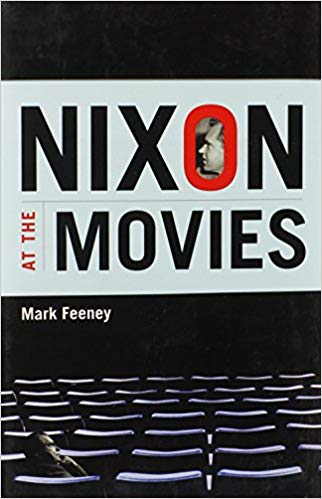 Mark Feeney, Nixon at the Movies

Join Mark Feeney, author of Nixon at the Movies, for a lecture on presidential moviegoing, focusing on one of the most significant presidential lovers of film: Richard Nixon. As Feeney relates in his unusual and absorbing book, Nixon and the movies have shared a long and complex history. Nixon saw more than five hundred movies during his presidency, and Feeney argues that this president can help us see the movies in a new light. Newly available in paperback from the University of Chicago Press, Nixon at the Movies draws on biography, politics, cultural history, and film criticism to reveal the deeply intertwined relationship between the president and Hollywood.

Mark Feeney, a writer, editor, and reviewer at The Boston Globe since 1979, won the 2008 Pulitzer Prize for Criticism. He has written for The New Republic, The American Scholar, and other publications. A lecturer in American Studies at Brandeis University, he has also taught at Princeton, Yale, and Brown universities.