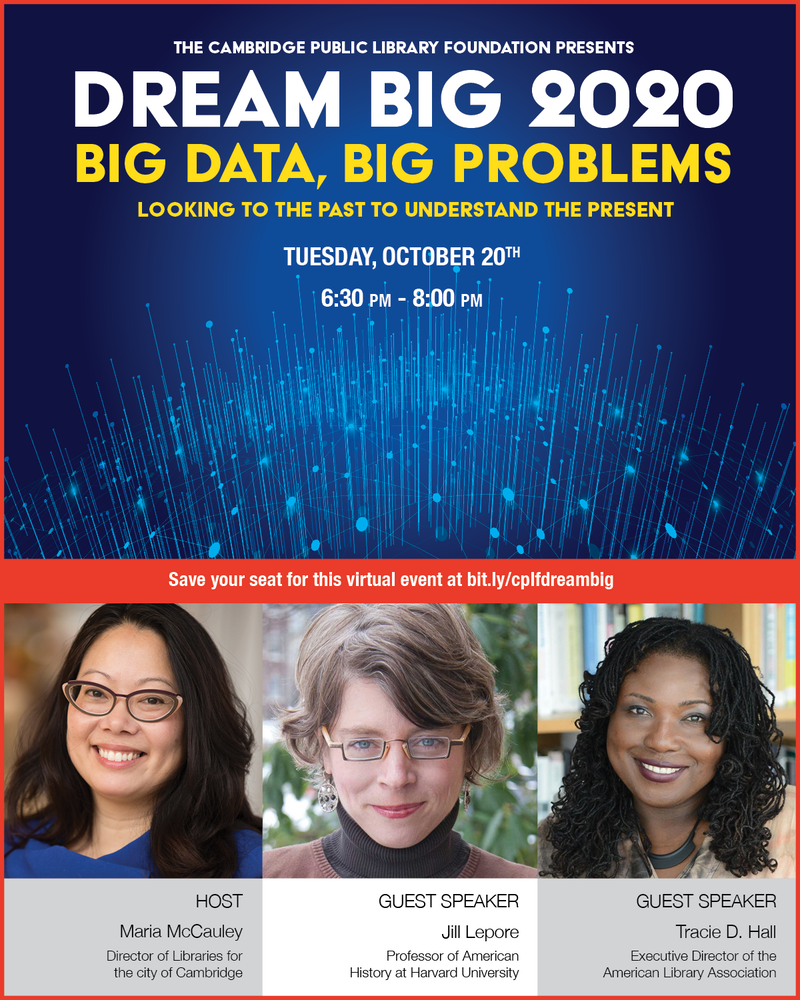 Jill Lepore is the David Woods Kemper ’41 Professor of American History at Harvard University and is also a staff writer at The New Yorker. Lepore is a two-time Pulitzer Prize finalist and her many books include the international bestseller These Truths and This America.

In February 2020, Tracie D. Hall was appointed the American Library Association’s 10th executive director in its 143-year history. In her new role, Hall oversees the oldest and largest library association in the world, made up of 57,000 members and more than 200 staffers. Hall is the first female African American executive director in the ALA’s history.

Jill and Tracie will be discussing Jill’s new book,If Then: How the Simulmatics Corporation Invented the Future, and how the early work of a little-known company in the 1960s was a precursor to today’s world of Big Data surveillance and advertising psych-ops.

Signed copies of Jill Lepore's If Then and These Truths can be purchased from Porter Square Books using this special link. A portion of the proceeds will support the Cambridge Public Library!