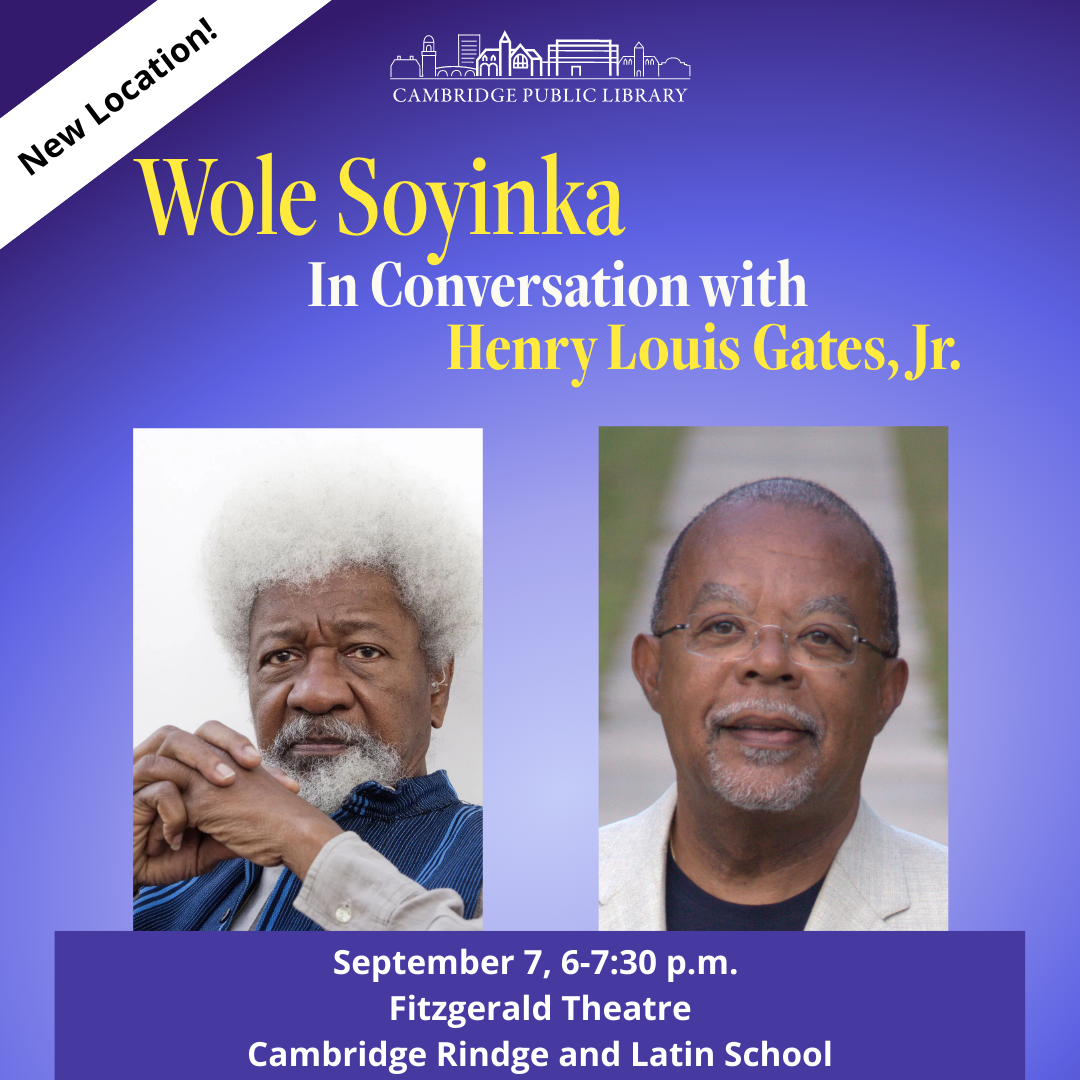 Nigerian playwright and political activist Wole Soyinka received the Nobel Prize for Literature in 1986. Soyinka, who writes in English, is the author of five memoirs, several novels, and 19 plays shaped by a diverse range of influences, including avant-garde traditions, politics, and African myth. His poetry similarly draws on Yoruba myths, his life as an exile and in prison, and politics.

This event is sponsored by the Cambridge Public Library Foundation. The program will be livestreamed on 22-City View, the Cambridge municipal cable channel.