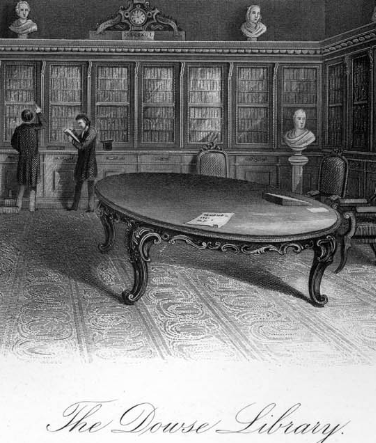 Join Drew Griffin, Senior Librarian at the Cambridge Public Library, as he delves into the history of book collection in Cambridge.  By 1850 two of the finest book collections in the Boston area were located within half a mile of one another on Mass Ave between Central and Harvard Squares.  The two bibliophiles, Thomas Dowse and George Livermore, show a distinctly American approach to book collecting.  Unlike their British peers they came from humble backgrounds, didn't attended college, and emphasized the democratic nature of their bookish pursuits by opening their libraries to the public (Dowse) and writing articles on book collecting for the nascent Cambridge Chronicle (Livermore).