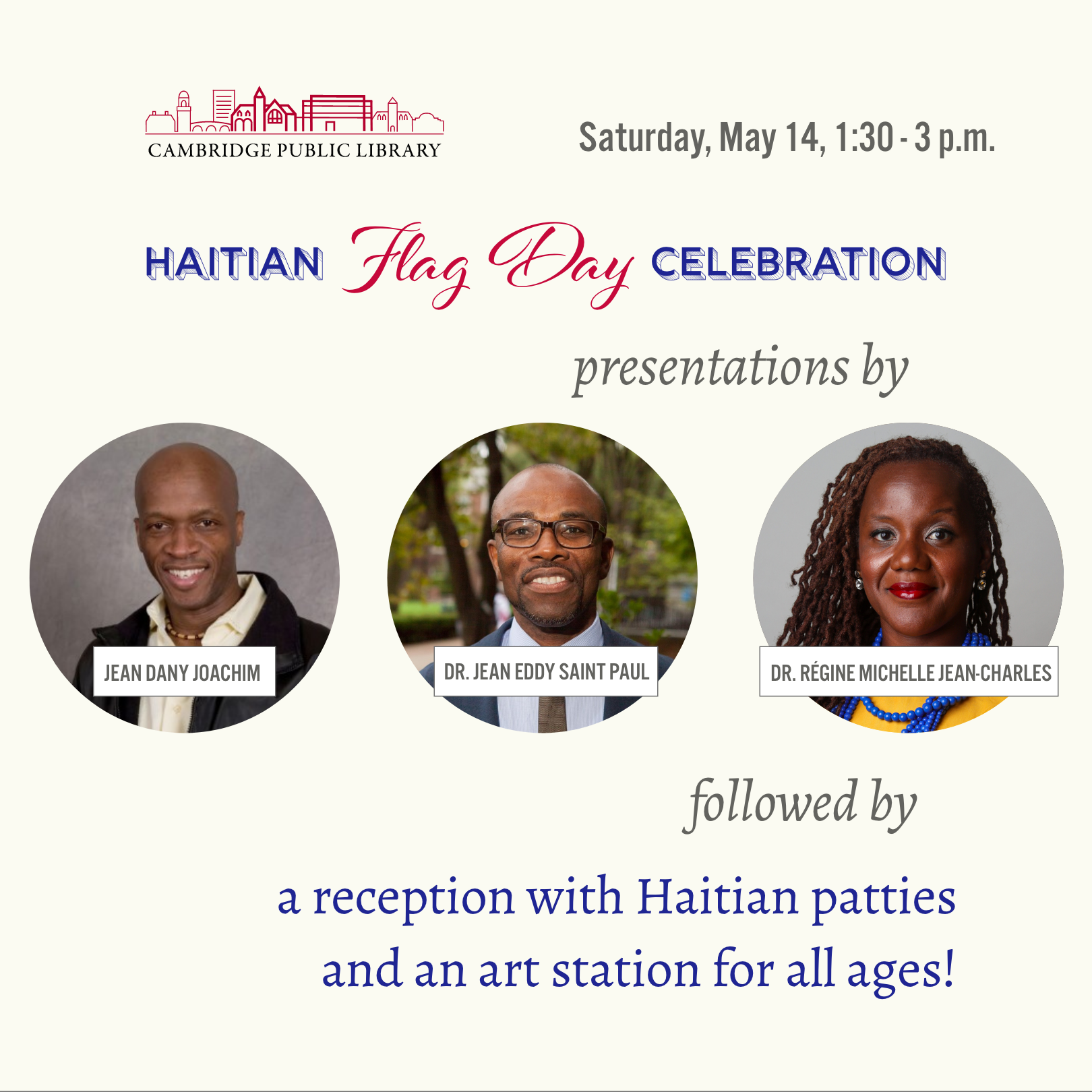 Dr. Régine Michelle Jean-Charles is the Dean’s Professor of Culture and Social Justice as well as Director of Africana Studies at Northeastern University. A Black feminist scholar who works at the intersections of race, gender and justice from a global perspective, her scholarship and teaching include work on Black France, African diasporic literatures, Caribbean Studies, Haiti and the Haitian diaspora. She has authored over 30 publications that have appeared in books, edited volumes, and peer-reviewed journals. Dr. Jean-Charles's presentation is titled "The Daughters of Catherine Flon: Haitian Women's Art and Activism."

Dr. Jean Eddy Saint Paul is a Haitian American sociologist, professor, scholar, and public intellectual who serves as a professor of sociology at Brooklyn College of the City University of New York (CUNY), where he also served as the founding director of the CUNY Haitian Studies Institute. He is a thorough figure in the interdisciplinary field of Haitian studies, and has greatly contributed to the historical sociology of politics, culture and society in Haiti, as well as the U.S. Foreign Relations towards the Caribbean nation. He will give a presentation titled "Sociological Considerations on the Haitian Flag: Meanings and Lessons!"

Jean Dany Joachim has three published collections of poetry, Crossroads / Chimenkwaze, Avec des Mots, and Quartier. He created the Many Voices Project, a series of readings and follow-up poetry workshops, inspiring conversations about race and equality. He is the director of City Night Readings, a series featuring diverse poetic talents, writers, and artists.

This event is cosponsored by the Cambridge Public Schools District, the Mayor’s Office, and the City Manager’s Office.