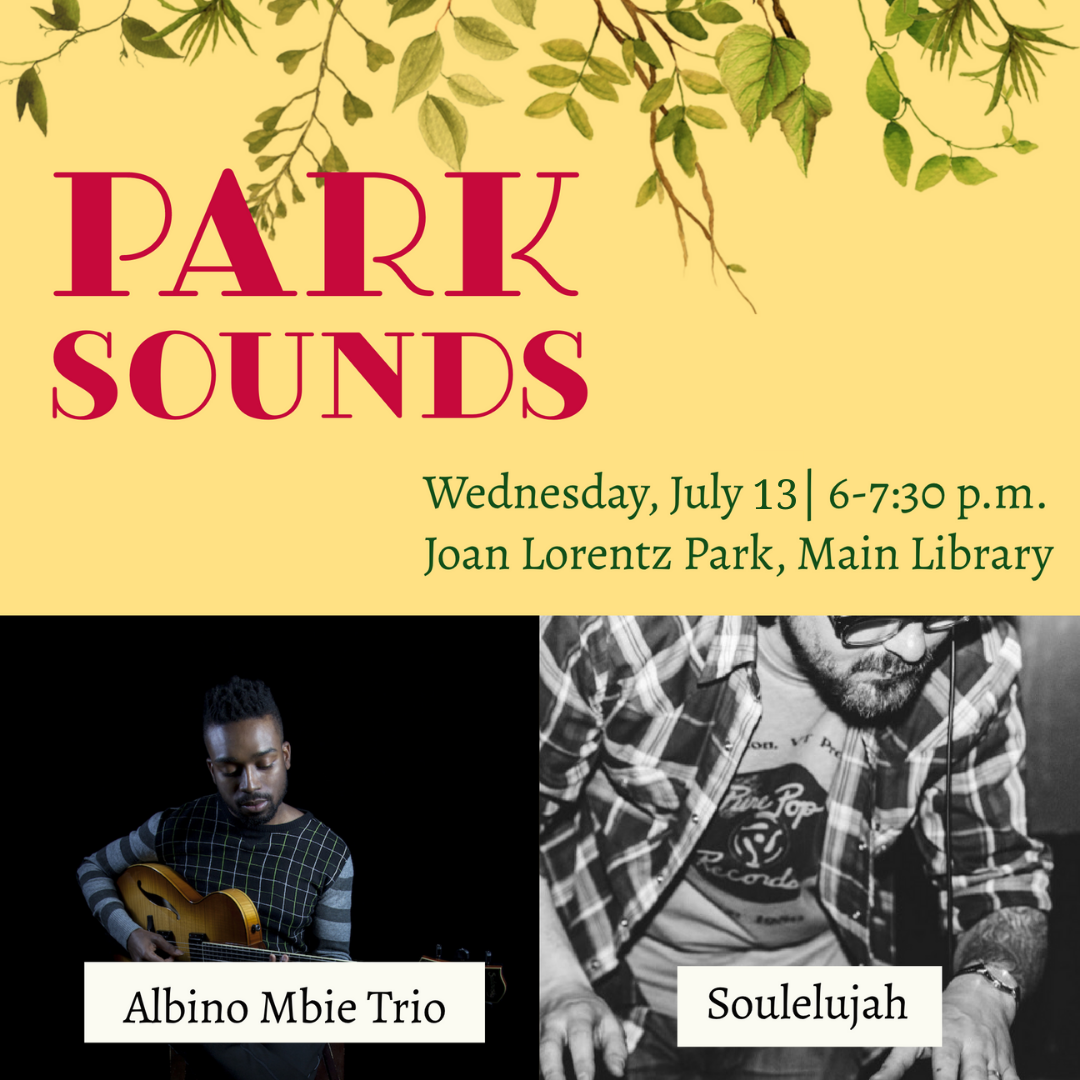 Bring a blanket or a chair and join us in Joan Lorentz Park for an evening of Park Sounds!

Started in 2003 in Central Square, Soulelujah expanded to a new home at The Sinclair in Harvard Square in 2018. This strictly vinyl party sticks mostly to the 7 inch format, although you may see a few LP's from time to time. Join resident DJ Johnny Stevens as he brings the best in known and unknown Soul, Funk, and R&B music.

Albino Mbie is an award winning musician, guitarist, singer, composer, sound and mixing engineer born in Maputo, the capital of Mozambique, a country in southern Africa known for its rich musical and cultural heritage. His music incorporates his musical experiences from Mozambique, the U.S., and many other places around the world, combining rhythmic patterns and musical concepts to create a unique Afro-Pop and Moz-Jazz sound. Mbie released his first album, Mozambican Dance, in 2013 with 12 original compositions with musicians from 16 countries.

This program is supported by the Cambridge Public Library Foundation and is hosted in memory of Janet Axelrod.

In the event of inclement weather, this program will be held in the Lecture Hall.