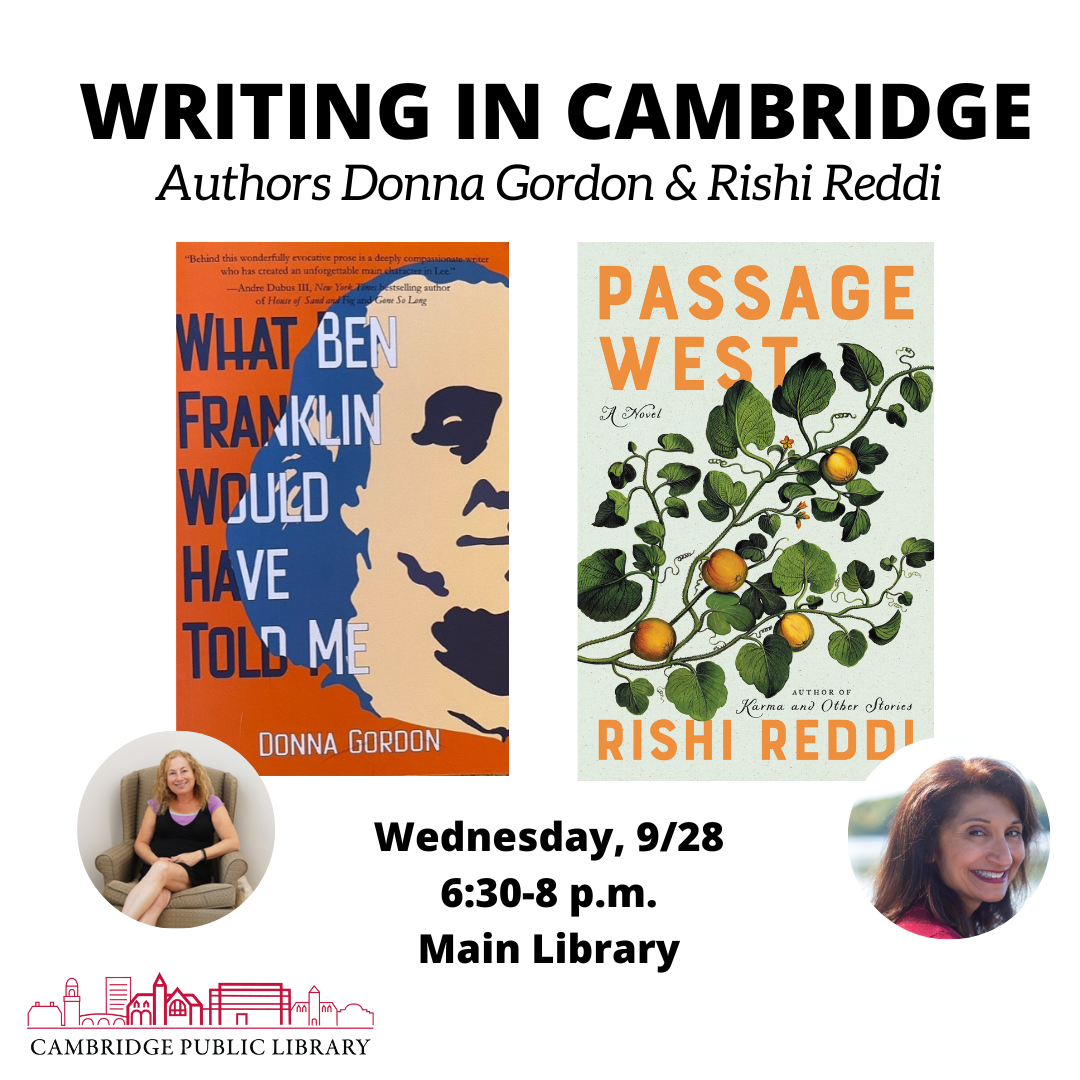 What Ben Franklin Would Have Told Me explores the story of Lee, a vibrant thirteen-year-old boy who is facing premature death from Progeria (a premature aging disease); his caretaker Tomás, a survivor of Argentina’s Dirty War, who is searching for his missing wife, who was pregnant when they were both "disappeared;" and Lee's single mother, Cass, overwhelmed by love for her son and the demands of her work as a Broadway makeup artist.

Passage West takes the reader on a sweeping journey that follows a family of Punjabi sharecroppers, their Mexican in-laws, and Japanese neighbors at the onset of WWI, revealing a little known aspect of California's--and America's--past.

Donna Gordon graduated from Brown University and was a Stegner Fellow at Stanford, a PEN Discovery, and Ploughshares Discovery. She was a 2017 Tennessee Williams Scholar at the Sewanee Writers Conference, and a fellow at the Vermont Studio Center in 2017 and 2018. She received the 2018 New Letters Publication Award for What Ben Franklin Would Have Told Me, which has been named by the Independent Book Review as one of the top 45 they're excited about. She lives in Cambridge.

Rishi Reddi graduated from Swarthmore College and Northeastern University School of Law. Rishi's novel Passage West, a Los Angeles Times “Best California Book of 2020,” and Karma and Other Stories, which received the 2008 L.L. Winship/PEN New England Award for Fiction. A National Book Critics Circle Emerging Critics Fellow for 2021-2022, her reviews, essays, and translations have appeared in the New York Times, Kirkus Reviews, Alta Journal, Salamander, Partisan Review, and Literary Hub, among others. She lives in Cambridge.